ALSO SEE : Download Windows 8 For a 90 Days Trial For Free

The new Windows 8 operating system changes the start menu with the Start screen where you will find two form of icons, the rectangles and the squares scattered all over the screen which resembles a traditional User Interface impact. While many people got tailored to the new UI, some others really went through the discomfort. For the latter, there is an awesome utility called Start8 that will give some sorts of relief. It restores the Windows 7/Vista Start Button to Windows 8. The app comes from the manufacturer none other than the dearest Stardock team. The entire team is known for bringing some of the best program remodeling apps for Windows like Windowblinds and many others. As a fan of Stardock, one can completely trust the user interface designer team. 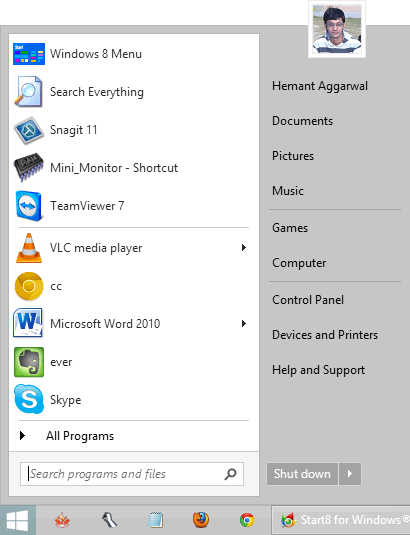 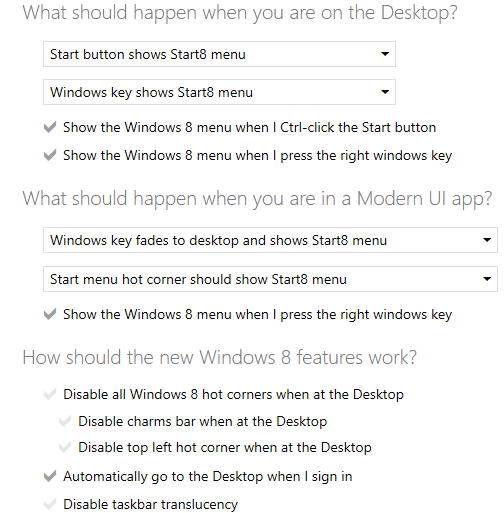 The Start button looks and acts like the genuine thing. Simply select the Start Button, and you get the same two sections with the same choices. The left board reveals the record of most used applications, and the right-click gives you the choice to pin an application completely to the top of this record. As with Windows seven, many of the applications have their own recent-files record, you can pin them too on the top of other records. And the right board gives you direct access to locations like Computer, Documents, User Files, Pictures, etc exactly as you get in Windows 7. You also get power options which can shut down, restart, sleep or hibernate the computer.

ALSO SEE : A Brief Review Of Windows 8 – The Future of Mobile Computing Platform

P.S. If you did like to set up the Start Button, Start8 will be your perfect companion. The application comes as a free full version trial for 30 days. You can buy the unlimited license any time and it just costs you $5. As $5 is not a huge amount we recommend you to buy it if you are a Windows 8 user.