Windows Live Essentials is a multi products pack for Windows which include Movie Maker, Photo Gallery, Mail, Windows Live Writer and many other applications. Microsoft has released an updated pack named Windows Essentials 2012 windows including the “Live” branding that it use to include in older versions. 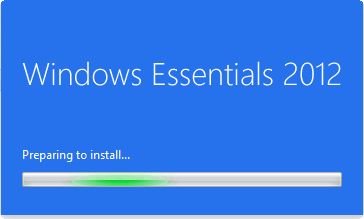 The new pack also has the new SkyDrive app that was recently launched. SkyDrive is the Cloud storage provided free by Microsoft with every Hotmail, live and outlook account. For earlier users it was 25 GB but they have now decreased it to 7 GB for new users. Movie Maker and the Photo Gallery app are also upgraded. The most amazing feature in Movie Maker that came with Windows Essentials 2012 is the ability to add royalty free soundtracks via web to your own videos. Movie Maker is now hardware accelerated too, so you can now get more output and better performance.

REMEMBER The pack works on both Windows 7 and Windows 8.

How to Convert Word Files to JPEG Format