Panda Antivirus programs have become famous because of their cloud database feature and due to their always up to date antivirus protection. Panda Antivirus Pro is more than just a normal antivirus, as it has many features that are only included in the Internet Security programs and not in any antivirus. Some of those features include Firewall, Virtual keyboard, Anti-phishing technology besides many others. 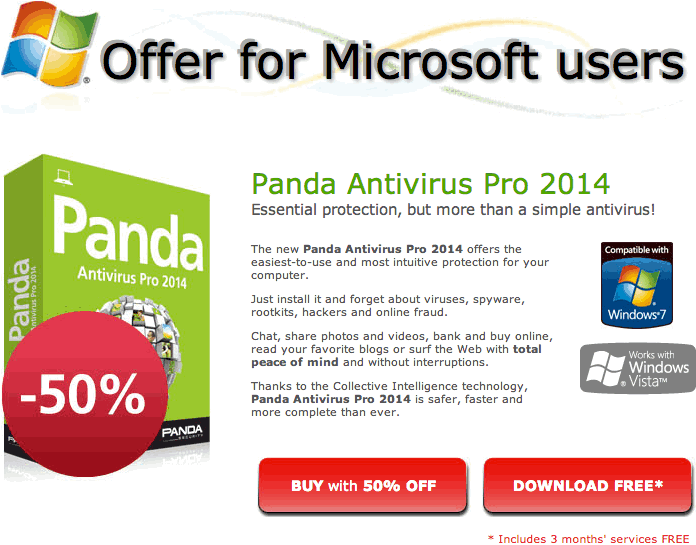 There are many great features Panda Antivirus Pro 2014 is equipped with. I and listing just the major ones.

There is not much you have to do to avail the offer. Just go to the Panda’s offer page for Microsoft users and download the trial for the application (by clicking the DOWNLOAD FREE button). Panda Security is giving away a 3 months trial of Panda Antivirus Pro 2014 to all Microsoft users.