There are many benefits of cloning apps on Android, and there are many ways of doing it. But all the methods have their own merits and demerits. In this article, we will be looking at the two most popular ways of cloning Android apps, and running multiple accounts of any service on a single device. 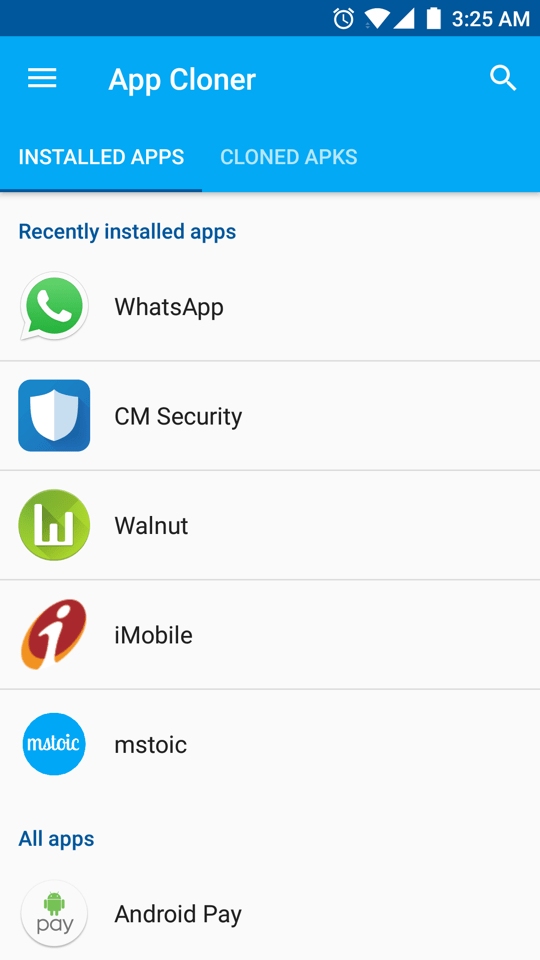 App Cloner is available as a free app on the Google Play Store. It lets you clone apps and install them independently. Using it, you can run multiple accounts and instances of any app you like.

Moreover, you can send apps cloned with App Cloner using SHAREit, Xender, etc. App Cloner also notifies you when the original apps are updated, so that you can update the cloned apps as well.

Free version of App Cloner doesn’t allows you to Clone WhatsApp. If you want to run 2 Whatsapp account, then read our article here. Also, you can make only one clone per app. That means that you can run maximum 2 accounts per app on a single Android device. If you want to create multiple clones, then you can buy the full version.

Parallel space is a very popular app that can clone any Android app and even provides a dedicated space to access them easily. With parallel space, you don’t have to worry about installing the apps. Just select the apps you want to clone, and Parallel space will do the rest. It will automatically clone the apps and you are ready to go within seconds.

The only problem with Parallel Space is that it drains a lot of battery.

Which Option to Choose for Cloning Android Apps?

It all depends on you. If you have many apps to be cloned and you are not worried about the battery drain, then you must go with Parallel Space. If you want to clone one or two Android apps, then you should definitely go with App Cloner.