Sometime back, Facebook allowed editing of comments that are already published. With that feature you can edit any of your comment with the revision history. Everyone will see your most updated comment, but also has an option to see what was there before you edited it. 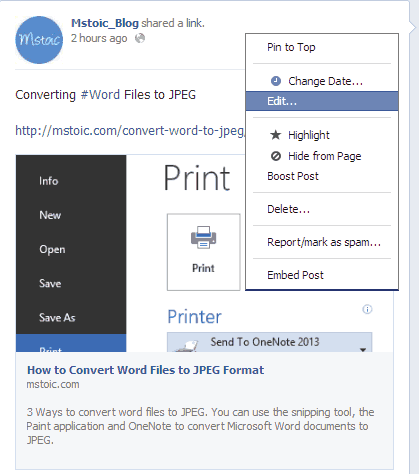 And now Facebook has taken this feature one step further. Now you can edit all your posts in addition to comments. “Posts” here mean, all your status updates, caption on photos and videos you uploaded. This feature will come very handy if you made some typo mistake or you mistyped a word altogether. As the earlier feature, this too has a logging process and all your edits history will be visible and kept preserved. Earlier we used to delete the post if we made some error, which costed us all the likes and comments which the post received. But now we can just edit it easily and all our likes and comments will remain intact. Facebook rolled out this feature for Android and the web version of Facebook.

In a world of touch-screen phones we are most likely to make typo errors, but now, this feature is here to help.

Show Only The Online Friends In Facebook Chat [Chrome]